Research firm The Diffusion Group (TDG) estimates that the number of broadband-only subscribers will grow to 17.2 million by 2017.  TDG’s newest report on over-the-top services says that about 13% of broadband customers, or about 11 million households, don’t have cable service now.  Broadband-only homes have grown from 9.5% of households in 2010 to 11.2% in 2011, and 12.5% in 2012. 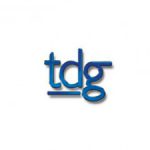 The TDG report broke broadband-only homes into two categories:  the “cord cutters”, those who have previously subscribed to a cable service, and “cord nevers”, who have never subscribed.  The cord cutters tend to be older, have higher incomes, and children at home, according to TDG.  The cord nevers are between 18 – 24, and over 50% make less than $30,000 per year.

Michael Greeson, Director of Research at TDG said in a statement that “Though pay-TV operators rightly argue that OTT’s impact on basic video subscriptions has been negligible, when one focuses exclusively on broadband subscribers – those most likely to have access to OTT services – the numbers tell a different story.”

TDG expects broadband-only growth to keep growing in the coming years, particularly with the younger ‘cord never’ group who are likely to view cable services as a luxury they can do without.