Another interesting finding from the report includes the addition of 3.3 million fiber subscribers for AT&T and Verizon in 2013 against a loss of 3.05 million DSL subscribers.

The Number Nerds are happy of course because more broadband homes means more people getting great looking trailers onto their screens even faster. 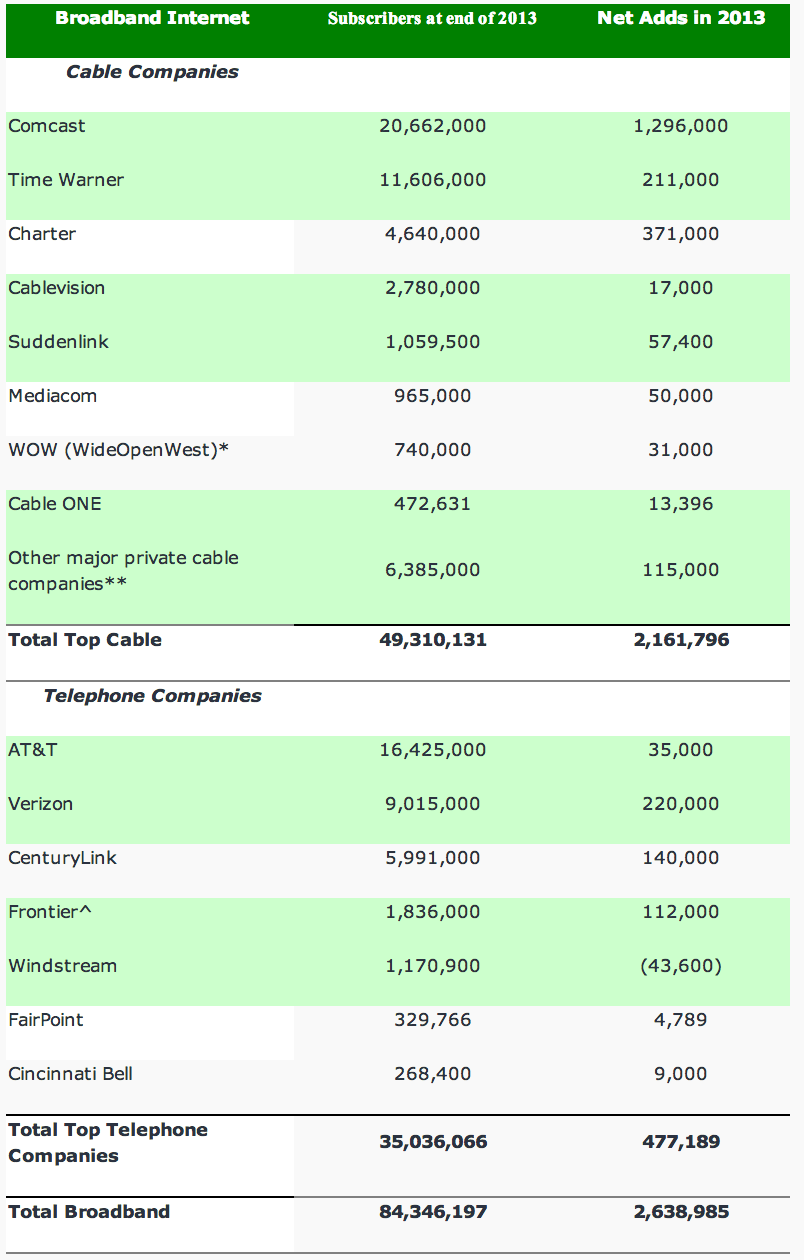