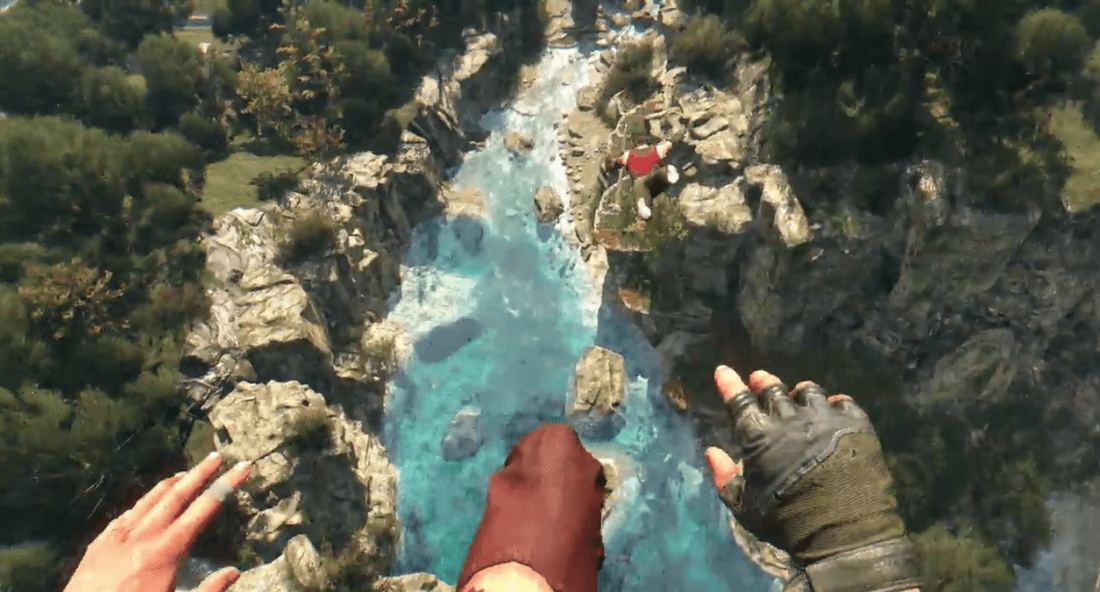 I think I have a bit of an unusual experience reviewing The Following expansion. I played the expansion before finishing the main quest and before being at the appropriate level, but I wasn’t far off.  Things went smoothly at first but I began to see gaps in the story that I had obviously missed. I didn’t know I should have finished the main quest first and wished I had, but the plot stood on its own two feet nicely even without Harran. The buggy was an amazing addition; very difficult to drive, requires a lot of upkeep, as it should if you were smashing through zombies on a daily basis repairing a buggy with screws and parts from other cars, it spins a bit much on the grass for an off road vehicle however, but then again I have low level parts.

The story line is great; having to gain trust gives meaning to the “go do these side quests while the world collapses” that so many story driven open world games have. You lose some of the urgency in a quest when you can ignore the looming doom to help Jimmy out of the well, the Following fixes that problem quite nicely. It can get a bit monotonous, although that may be my fault due to pack rat tendencies, having to stop to lock pick every lock gets tedious but my hoarding won’t let me walk away, and the new loot is amazing. There are so many new items and shiny new upgrades. Each story however is unique and adds flavor to the missions, which break up the monotony of running around, and dying a lot in my case, nicely. It isn’t a ‘go kill this’ or ‘go retrieve that’ mission, it’s finding a girl’s father after they thought he was dead, or killing a…well spoilers. The overarching quest is fairly interesting as well, the mother figure is intriguing, the ‘cure’ is mysterious, and the people you meet are interesting.

The expansion is huge, it’s almost another game entirely. It’s quite an impressive feat in such a short time. The graphics are beautiful, the mechanics smooth, and the new additions only enhance the game, not make it more complicated. I’ve played the game for a week and have still not explored everything.

The only thing I wish I had done was finish the main story quest first, but you can always go back to Harran! I’d give the Expansion a 8/10.