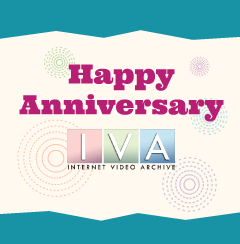 This year IVA is celebrating its tenth anniversary.  We  had a party thanking our clients, suppliers, and affiliates in Los Angeles earlier this summer. Last week it was time to celebrate a bit and thank the IVA staff. 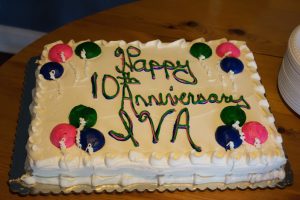 The IVA staff is the strongest it’s ever been, and they make a great contribution to our success.  We are a diverse bunch with BA’s in Communications, Film History, Fine Arts, Design, and Information Technology; Masters degrees in Film and Television Production, and Business Administration.

The average tenure of an IVA employee is seven years; three have been with IVA since its incorporation.
One is former music label president and another worked in promotion for a major label
One is an Emmy-award-winning TV producer
One is the former president of a national music retail trade association
We have a video game designer, two professional editors, a professional cameraman, three photographers, a documentary film maker, two web designers,  a professional illustrator and a daily comic strip writer.
A designer of a content management system; a designer of a crowd sourcing software, app developers.
Many are bloggers, gamers, movie buffs, TV buffs, and/or music fans.

All are hard workers to whom we say ‘Thanks!”  Here are some pix of our BBQ and Bocce party.

Here’s to another ten years!