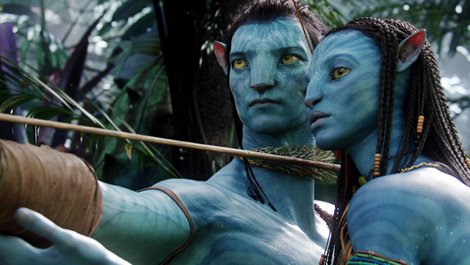 Avatar Leads the List Followed by Sherlock and Alvin

Haddon Heights, NJ   (January  5, 2010) – Internet Video Archive today announced the titles of the Top 20 movie trailers played through its partner network  Leading the list was “Avatar’, one of the most talked about movies of the year as well as one of the holiday season’s box office smashes.  Also in the Top 5 were “Sherlock Holmes” and “Alvin and the Chipmunks: the Squekquel”, two more holiday hits.  The complete list follows and was compiled from plays of movie trailers on IVA’s affiliate network which includes such well known names as Fandango, Flixster, AT&T Wireless, and Comcast.

Alvin And The Chipmunks: The Squekquel

The Princess and the Frog

Up In The Air

Did You Hear About The Morgans

The Book of Eli

Internet Video Archive is the world’s largest distributor of online movie and TV trailers, game previews and music videos. With over 500,000 unique video assets from over 1000 content providers, IVA has established a reputation as the archive of record for audio visual samples. Meticulous data husbandry combined with world-class systems that are secure, scalable, customizable and cost-effective have lead hundreds of clients to integrate IVA into their entertainment ecosystems. The company also operates two consumer sites, www.singingfool.com  and www.videodetective.com , where user preferences and promotional concepts are tested.  Additional company information is available at www.internetvideoarchive.com .