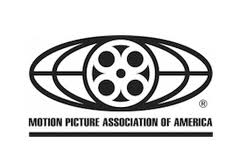 MPAA’s chairman, former US Senator Chris Dodd, told the CinemaCon audience this week that “It was an incredible, fantastic 2013″. Much of Dodd’s bullishness on movies comes from the success of Hollywood movies overseas. The international market grew 5% last year to represent $25 billion in ticket sales. China has been adding movie theaters at the rate of 13 new screens each day and exceeded $3 billion in ticket sales last year. Dodd pointed to Pakistan and Cambodia as other markets with a rising theater business. The three movies with the highest international gross last year were ‘Gravity”, “Iron Man 3”, and “Frozen”.

John Fithian, President of the National Theatre Owners Association, told the CinemaCon crowd that the cost of technological upgrades by theaters resulted in an uptick in box office prices from an average of $7.96 in 2012 to $8.13 in 2013. Fithian maintained that the price of a movie ticket was still a bargain compared to other types of entertainment. Fithian also made a plea for the industry to do a better job of spreading movies throughout the year. “We had virtually nothing for families in the first quarter of 2013,” said Fithian. “Then we had too many family movies packed into the summertime.” Despite the scheduling of 2013, family movie popularity reached its highest level since 2009, mostly on the strength of “Frozen”, the Academy Award winner from Disney, and “Despicable Me 2” from Universal.

Here are a few of the other notable stats from the MPAA report: