Movies To Watch on Streaming For Memorial Day By Conflict

Memorial Day is a solemn day to remember the U.S. soldiers who died in its conflicts.  They gave the ultimate sacrifice and their bravery has been chronicled in a number of movies and TV shows. Originally, Memorial Day was started to remember those who perished in the Civil War but after WWI, expanded to all the lost service members. Looking through our database of movies and TV shows where genre equaled “war,” there are many titles that are not just about US conflicts.  Filtering on tags, the “war” genre can be more targeted by searching for tags based on major conflicts such as American Revolutionary War, American Civil War, WWI, WWII, Korean War, Vietnam War, Iraq War, and Afghanistan War.  However, in global conflicts like WWI or WWII, other countries made their own movies and TV shows about their roles and battles. Examples of movies from other countries about global conflicts include Atonement (UK WWI) or Gallipoli (Australia, WWI) that are not particular to America’s involvement.

The best way to target movies solely about the United States and its own military’s engagement required editorial assistance.  Internet Video Archive has created an editorial collection of over 80 movies and TV shows that commemorate Memorial Day.  Our editors also slanted the collection towards titles that are focused on the United States conflicts and would include titles that are about the life of soldiers, the historical view of these conflicts, and biographies of the major players in US history.

Below is a sample of the Memorial Day Movies and TV Shows Collection (ID 1305), where we only looked at two movies per conflict that are available on a streaming platform.  Clients who wish to learn more about our collection data, please review this article and reach out to our support team if you have more questions.

If you are looking for entertainment data for your website or application, IVA offers the data to help your editorial teams create engaging articles complete with images and trailers.  Editorial teams can utilize IVA’s interface to look up relevant information about movies, TV and games and get back the data they need to create content that will grow your traffic and time on site metrics.

Contact sales@internetvideoarchive.com if you would like to learn more about IVA’s movie and TV metadata and services. 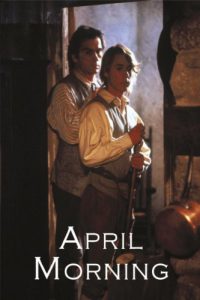 Description: An adaptation of Howard Fast’s 1961 novel about a teenage boy’s coming of age on the eve of the American Revolution, when the Colonists made their stand on the Lexington green. 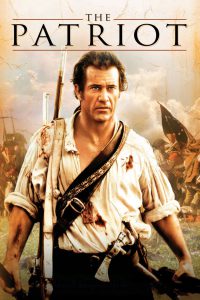 Description:  A war veteran who has renounced violence reluctantly takes up arms when the British bring the American Revolutionary War to his doorstep. 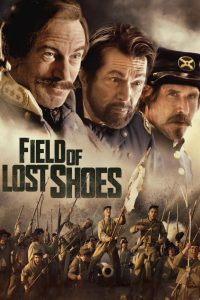 Description: Based on a true story of the American Civil War, culminating at the Battle of New Market in May 1864, a group of teenage cadets, sheltered from war at the Virginia Military Institute, must confront the horrors of an adult world when they are called upon to defend the Shenandoah Valley. 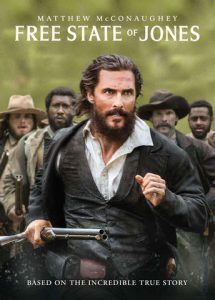 Description:  Free State of Jones is an epic action-drama set during the Civil War, and tells the story of defiant Southern farmer, Newt Knight, and his extraordinary armed rebellion against the Confederacy. Banding together with other small farmers and local slaves, Knight launched an uprising that led Jones County, Mississippi to secede from the Confederacy, creating a Free State of Jones. Knight continued his struggle into Reconstruction, distinguishing him as a compelling, if controversial, figure of defiance long beyond the War. 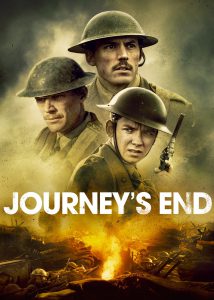 Description: March, 1918. C-company arrives to take its turn in the front-line trenches in northern France led by the war-weary Captain Stanhope (Sam Claflin). A German offensive is imminent, and the officers (Paul Bettany, Stephen Graham Tom Sturridge) and their cook (Toby Jones) distract themselves in their dugout with talk of food and their past lives. Stanhope, meanwhile, soaks his fear in whisky, unable to deal with his dread of the inevitable. A young new officer, Raleigh (Asa Butterfield), has just arrived, fresh out of training and abuzz with the excitement of his first real posting – not least because he is to serve under Stanhope, his former school house monitor and the object of his sister’s affections. Each man is trapped, the days ticking by, the tension rising and the attack drawing ever closer…

Trailers and links to where to stream 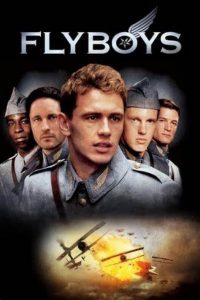 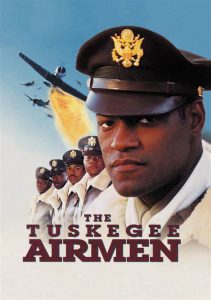 Description: The true adventures of the ‘Fighting 99th’, the first squadron of black American pilots to enter the aerial battlefield. 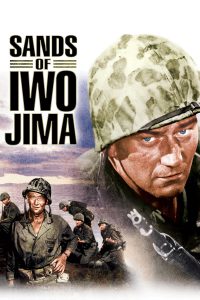 Description: Marine Sgt. John Stryker (John Wayne) is despised by his own men for his rough attitude and exhausting training regimen. As the war in the Pacific progresses, though, they begin to respect Stryker’s hard-edged outlook on war and his brutal training methods, as it has helped them prepare for the harsh realities of the battlefield. They’ll need all of Stryker’s battle tactics if they want to survive what will end up being one of the bloodiest engagements of the war: the Battle of Iwo Jima. 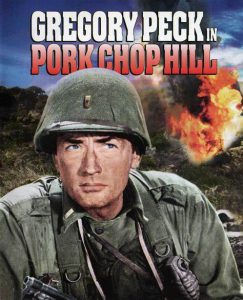 Description: Lt. Joe Clemons has been given the order: take Pork Chop Hill. If it’s taken by the Chinese, US negotiators at the Panmunjom peace conference would lose face with their Communist adversaries – an unthinkable outcome. And so, Clemons leads his troops into combat, to fight for an objective that they know to be strategically pointless. But they also know that an order is an order. They must take Pork Chop Hill, or die trying.. 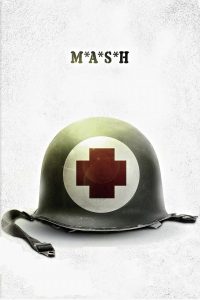 Description: The staff of a Korean War field hospital use humor and hijinks to keep their sanity in the face of the horror of war. 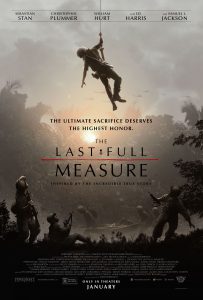 Description: THE LAST FULL MEASURE tells the true story of Vietnam War hero William H. Pitsenbarger (Jeremy Irvine), a U.S. Air Force Pararescuemen (also known as a PJ) medic who personally saved over sixty men. During a rescue mission on April 11, 1966, he was offered the chance to escape on the last helicopter out of a combat zone heavily under fire, but he stayed behind to save and defend the lives of his fellow soldiers of the U.S. Army’s 1st Infantry Division, before making the ultimate sacrifice in the bloodiest battle of the war. Thirty-two years later, respected Pentagon staffer Scott Huffman (Sebastien Stan) on a career fast-track is tasked with investigating a Congressional Medal of Honor request for Pitsenbarger made by his best friend and PJ partner on the mission (William Hurt) and his parents (Christopher Plummer & Diane Ladd). Huffman seeks out the testimony of Army veterans who witnessed Pitsenbarger’s extraordinary valor, including Takoda (Samuel L. Jackson), Burr (Peter Fonda) and Mott (Ed Harris). But as Huffman learns more about Pitsenbarger’s courageous acts, he uncovers a high-level conspiracy behind the decades-long denial of the medal, prompting him to put his own career on the line to seek justice for the fallen airman. 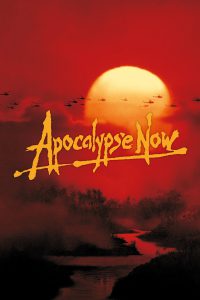 Description: Apocalypse Now is Francis Ford Coppola’s stunning vision of man’s heart of darkness revealed through the madness of the Vietnam War. Inspired by Joseph Conrad’s 1902 novella Heart of Darkness (about a steamer journey up a river into the Congo and African jungle – and into the darkest reaches of the human psyche), the film tells the story of US Army assassin Cpt. Willard and his mental and physical mission, to ‘terminate’ the dangerously-lawless warlord Colonel Kurtz – who has gone AWOL, become a self-appointed god, and rules a band of native warriors in the jungle. 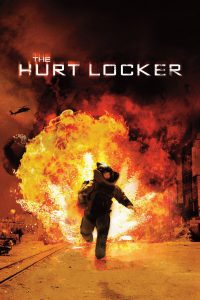 Description: The fact is some soldiers, for one reason or another, like the thrill of war. Sgt. James is one such soldier. Not one to do things by the book, James is right at the centre of this devastating action film. Unhinged, but not without his demons, James regularly comes into conflict with his new teammates: the aspirational but conventional Sgt. Sanborn and rabbit in the headlights Spc. Eldridge. The proverbial `hurt locker’ is one they barely keep shut. There’s a job to be done, even if it does draw them closer to hell with each passing moment. 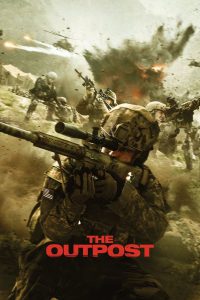 Description: In this military thriller, a tiny unit of U.S. soldiers, alone at the remote Combat Outpost Keating, located deep in the valley of three mountains in Afghanistan, battles to defend against an overwhelming force of Taliban fighters in a coordinated attack. The Battle of Kamdesh, as it was known, was the bloodiest American engagement of the Afghan War in 2009 and Bravo Troop 3-61 CAV became one of the most decorated units of the 19-year conflict.

This article was created using Internet Video Archives’ database that includes metadata about movies and TV shows, poster art and trailers/clips available to clients via its APIs and editor’s interface Media Manager.  If you would like to learn more about how IVA can support your entertainment information needs to enhance your websites, applications or services, please contact Sales@InternetVideoArchive.com