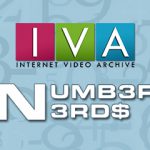 The IVA Number Nerds wait with breathless anticipation each month for the latest reports on how much online video is watched by Americans according to comScore. The double digit increases make us swoon, especially when they are accompanied by such descriptors as ‘astonishing’ or ‘eye-popping’ in the press write-ups that follow. (How come no one ever says ‘unbelievable’?)

So when IAB reported that online ad spends in 2013 surpassed broadcast ad spends, the Number Nerds were not surprised. We’ve been online for years, dahling! Nevertheless, since we are Number Nerds, let’s take a look at all the numbers.

OK, there’s the complete story. Nice increases in both video and ad spending, and lots of growth to look forward to. We think broadcast advertising spends are going to be around for a while. Not too astonishing, is it?